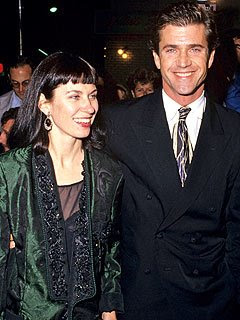 
Mel Gibson may soon be writing one of the biggest checks of his life – to his wife. With no indication that the estranged couple – who married 28 years ago – had a prenup, Robyn Gibson, 53, is legally entitled in their divorce to half of everything the actor-director-producer earned from their marriage in 1980 to the date of their separation: A fortune estimated at close to $1 billion. "This could easily be one of the biggest divorce settlements in Hollywood history," says Los Angeles family lawyer Lynn Soodik, who's not involved with the case. "Any attorney would advise her to take half."
Surpass Previous RecordsA $500 million settlement would dwarf the current record holders of celebrity divorce: Michael Jordan ponied up $168 million following his 2006 divorce with wife Juanita; Neil Diamond forked over $150 million after his 1994 split with Marcia Murphey; while Steven Spielberg shelled out $100 million following his 1989 divorce from Amy Irving. Among Gibson's estimated assets: More than $600 million grossed by The Passion of the Christ alone, $100-plus million in real estate investments worldwide (he bought an island in Fiji for $15 million in 2004), and $75 million for film and TV projects for which Gibson executive produced. As for film residuals, Gibson, also 53, "would be accountable to pay half for the rest of his days," Soodik says. "If he gets a residual check for Lethal Weapon or Braveheart, half of that check is hers." But don't expect the ex-couple to enter a painful, protracted battle in the courts. "This divorce will probably reach a settlement in a matter of months," Soodik says. "It likely won't be messy since there's enough money to go around." • Reporting by HITHA PRABHAKAR and EUNICE OH
Posted by Kelly Chang Rickert at 9:18 AM 2 comments: