Unemployment Down; Divorce Filings Up 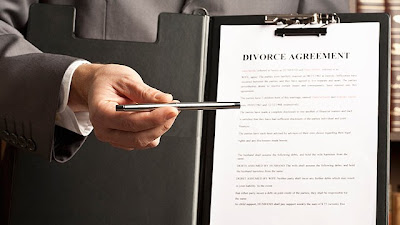 DIVORCE FILINGS GET A BOOST FROM THE ECONOMY


A recovering economy has provided a boost for, of all people, divorce attorneys. After the great recession, more and more couples are seeking to finalize divorces after months of hesitation.

"It's been driven primarily by finances," says John Slowiaczek, the vice president of the American Academy of Matrimonial Lawyers. "In Nebraska, where there is low unemployment, our practice was very healthy last year. Now we are finding we have a lot [more clients]."

From January to April 2011, Slowiaczek says his firm, Lieben, Whitted, Houghton, Slowiaczek, and Cavanagh, saw an increase of 25 percent over the same period last year.

"When the market was down it was a great time to file," says Slowiaczek. As the market began to pick up, more and and more clients are wishing they filed last year to decrease the size of settlements."

The recession created difficulties for couples on both financial and emotional levels, Linda Lea Viken, the president of the American Academy of Matrimonial Lawyers, told ABC News.

Couples may have "assets that have gone down in value, they may have a home that is underwater, and the business value has gone down, making it very risky for one side or the other to get a divorce during a financial downturn," says Viken.

Viken says some couples may have had doubts or insecurities about divorcing because they worried about paying the bills, which were once divided in half, on their own.

In 2009, 57 percent of the attorneys in the American Academy of Matrimonial Lawyers reported a decrease in divorce filings. The academy includes 1,600 attorneys.

"Forced to weigh damaged marriages against tight budgets and uncertain financial outlooks, many spouses seem more willing to try and wait out the recessionary storm," said Gary Nickelson, the president of the academy at the time.

Now there has been a turnaround.

"I'm seeing an increase in divorce filings and business," says Lewis Kapner, a lawyer in West Palm Beach, Florida. "With the recession there was a big slowdown. There's definitely an increase in the last few months."

But Kapner says he is unable to define the reason behind the recent traffic. "We've always had people that were money-short and they still would seek some sort of relief in terms of their marital problems."

With an improving economy,the surge in divorces means clients must take precautions to avoid losing out when a couple's assets are divided.

"There are a lot of things that you have to really be careful about in this kind of economy if you're moving forward," with a divorce, says Viken. "You have to be very sensitive to what's happening in the market so things don't come back to bite them."

Some couples are still stuck, though.

Gaye Markham, who lives near San Francisco, has a cautionary tale. In December, her husband said he no longer loved her. Soon after, he lost his job -- and could not afford to move out.

"We had to cash in his IRA and use his unemployment to live on now," says Markham. "There is no way we can have two households and pay."

Markham and her ex-husband-to-be have been forced to divide up their home. She now sleeps in the guest room and the two share meals together. They have four children; the youngest, a senior in high school, is caught in the middle.

Markham, who once worked in accounting, says she has applied for 120 to 150 jobs, but only received two invitations for interviews.

"I know that I want to be responsible for myself so not only am I interviewing to help the financial situation right now," says Markham, "I want to have a home my children can come home to and I want to help with their college expenses."
Posted by Kelly Chang Rickert at 10:57 PM 1 comment: