Divorce is Costly for Women 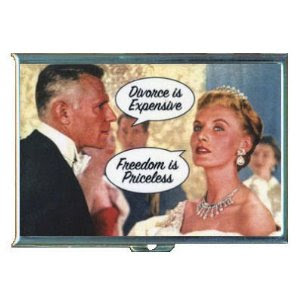 From supermarket tabloids to the New York Times, the financial costs of divorcing are widely publicized with every celebrity split-up. Now a scholarly study has documented divorce’s significant impact on women’s economic security.

Kenneth Couch, an economics professor in the College of Liberal Arts and Sciences who studies the economic effects of unexpected lifecycle events, has presented the results of an unusually long-term study, covering 40 years in the lifespan of more than 2,000 women, showing that “family structure matters a lot” for their economic well-being.

In short, marriage has such a significant economic benefit for women that even divorcees who develop their own careers can’t match it.

The study, developed in collaboration with the Social Security Administration, analyzes the economic impact on about 600 women from the time of their divorces in the 1970s – when divorce in the U.S. was at its peak – into their retirement, as late as 2008.

It shows that economic pressure forced many divorced women into the job market. This created large jumps in their personal income at first, since many of them had reduced or given up their jobs while they were married, perhaps in anticipation of having children or because they were expected to expand their care-giving roles.

Seventy percent of divorced women in the U.S. remarry, however. When they do, their job status and personal income again drops, going back to what it would have been if they had been married all along.

The divorced women in the study who did not remarry maintained their careers and higher personal earnings to the end of their working years. “They really ramped up their work effort for the rest of their life,” Couch says, giving them a larger individual Social Security benefit at retirement.

But at retirement, the households of the married women who had earned less money during their working lives collected more in Social Security benefits because of the extra boost from their spouse’s benefit. Where divorced women who never remarried had an average monthly benefit of around $1,000, the figure more than doubled, to $2,231, for continuously married women who enjoyed the combined effect of their husband’s benefit, too.

Divorced women who remarried had a similar advantage compared with those who did not: Their benefit, combined with their spouse’s, came to more than $2,000 monthly.

In the long run, staying married, or remarrying after a divorce, translates into greater economic security for women.

“It seems like most people understand there are advantages to forming durable relationships and staying in them,” Couch says.

Still, while divorce rates have fallen since the early 1980s, divorce “remains a high probability life cycle event” with a significant impact on women’s earnings and Social Security benefits, according to the study.

Recently released U.S. Census figures on divorce rates tend to confirm the economic advantage of marriage for women. In 2009, during the recession, women who divorced in the previous year were more likely to receive public assistance than men, and they reported lower household income. They were also more likely to be poor than recently divorced men.

Couch’s study was presented at a Federal Reserve Bank of San Francisco “Conference on Unexpected Lifecycle Events and Economic Well-Being” that he helped organize last spring. The collected papers, edited by Couch and Mary C. Daly of the Federal Reserve Bank of San Francisco, will be published by Stanford University Press, with chapters on the economic impact of unexpected changes in family structure, health, and job loss.

The basic research can be used to inform government policy responses in areas such as unemployment benefits, or how divorce law addresses financial assets and child support, Couch says.

Couch is well known for studying what happens to people when the unexpected event of job loss occurs. When the recession hit, he was asked by the SSA to work with its staff, analyzing the impact of the job losses that have occurred during the current recession as well as the effect of changing family structure on the well-being of Americans. He has spent part of the past two years in Washington, D.C. working with the SSA.

His co-authors on the divorce study – “Impact of Divorce on Women’s Earnings and Retirement over the Life Course,” are Christopher R. Tamborini, an SSA research analyst; Gayle L. Reznik, an SSA economist; and John W.R. Phillips, a health scientist administrator at the National Institute of Aging. 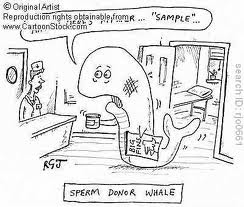